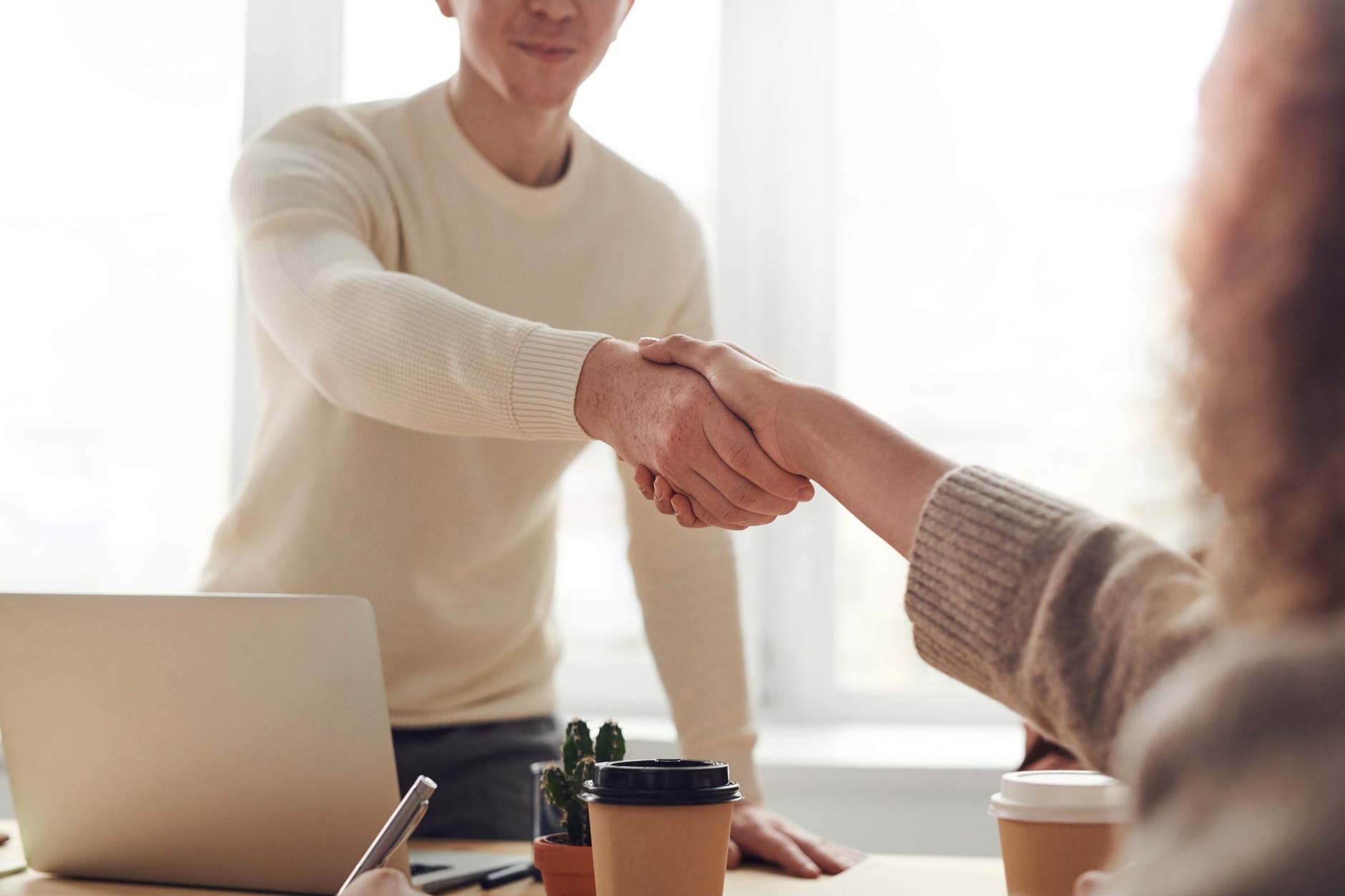 Being a venture capitalist can be overwhelming (to any founder reading this, take this as some dry humour). Nikhil Basu Trivedi, who recently completed his brilliant mini-series of essays on the venture capital industry, finished with the flowchart that encapsulates the job of a VC.

Finding good companies includes cold outbound sourcing and inbound opportunities. The latter requires a VC to accumulate enough social capital in the startup ecosystem so that the best deals come to you. As I've covered previously, building the right cachet can be enough to spin out your own firm, but it takes a long time.

Bessemer's Anti-Portfolio demonstrates the importance of the Decide step. Some of the greatest VCs in history have missed out on category-defining companies like Facebook, Google, Airbnb, Uber. This is why VCs spend so much time optimising their decision-making processes. Marc Andreessen has previously discussed the idea of 'resulting' (from Annie Duke's work), which is the fallacy of judging the quality of a decision-making process based on its outcomes. To this end, Andreessen has been obsessive about improving the investment decision-making process at a16z. Ha Duong of Cambrial Capital has covered this from an LP's perspective, highlighting the importance of an analytical edge when it comes to assessing general partners to invest in. Such a skill can only be cultivated over time with practice and introspection:

Analytical edge can be defined as the ability to extract better or more insights from information by processing it differently or better. In the context of complex or incomplete information (i.e. all of early-stage venture), good analysis is paramount and leads to better deal selection both in the short and long term.

I believe winning a competitive deal is a corollary of the same work that helps good deals come to you, in that founders ultimately believe you're the best fit for them in both respects. VCs pursue a number of different routes to form that perception, each with its own demands on their time. Helping portfolio companies has always been a VC's bread and butter, which it continues to be to this day despite the arrival of platform teams - Sequoia's tagline remains "We help the daring build legendary companies from idea to IPO and beyond." Exiting is a curiously less discussed aspect of the role, but it takes a lot of time to help founders navigate processes which they may only go through once in their life but are familiar to the VC who has seen it many times.

Each step on the flowchart asks a lot of the VC. Want to form a thesis on a specific industry? Then read the endless CB Insights reports out there. Want to help your portfolio company navigate the pandemic? Help them with their cash planning, bridge rounds and cost-cutting measures. Fundraising for your next fund? Then do the LP conference circuit. The list goes on.

The above chart is from a HBR paper written in 1998, which explains the absence of 2020 VC parlance. The authors posit a useful thought experiment: assuming that a partner has a typical portfolio of ten companies and a 2,000-hour work year, the amount of time spent with each company can come down to 2 hours per week. That's not much time to 'Help' and 'Exit' portfolio companies, which is why I lean towards specialists in the agglomerator versus specialist debate.
Sidebar: Alexandre Dewez of Idinvest weighed in on how the dichotomy is shaping up in Europe.

Leo Polovets gave a good behind-the-scenes look at how he spends his day at Susa Ventures: in meetings.

Here's a breakdown of those meetings:

Hunter Walk of Homebrew segments his time this way:

The way I become partner is to bring the next unicorn into my firm, and I do that by going out every night and meeting with tons of people — which is something a lot of our partners don't do, because they're older and have families.

It's clear that the exact proportion of time you spend on different activities will vary for different reasons: seniority, fund vintage, fund specialism, and more. The overarching theme, however, is the importance of optimising your time as much as possible. Whether it comes to consuming knowledge to form an investment thesis, or helping your portfolio company navigate recruitment, time is a VC's most precious commodity and one that they dispense with as efficiently as possible.

Sarah Noeckel of Northzone recently touched on how she thinks about time management as she juggles her full-time role with running the global women in tech community Femstreet on the side:

The downside of being very online is that I need to be incredibly disciplined with my time as chatting with colleagues across various socials channels all day is a huge time suck. So, I’ve begun to pull myself away and really question which calls and meetings I want to be a part of.

Which ones excite me? Which give me the most utility and energy?

I ask these questions to avoid falling into repetitive loops of bad habits and poor time management.

It’s critical that I step back every once in a while to see what’s working, what’s not, and what’s hindering my ability to work at maximum efficiency.

The principle of time management laid out in this piece very much applies to me, as I'm sure it does to you. I agonise about the opportunity costs of doing X and not Y. We all run counterfactuals of whether we would have been better off had we made different choices. This is even more true in the fast-paced world of startups and venture capital, where it can get easy to lose yourself in your work.

Giving yourself plenty of time to recuperate is imperative. Setting time aside to exercise, meditate or do whatever you need to do to replenish yourself is key, as is saying "no" more often - Pedro Sorren of OneVC had some candid reflections on this:

It’s quite tempting to mentor, assist, attend as many events/meetups/message board/lists/founders as possible. To promise yourself that you’ll read and study everything, that you’ll take every meeting.

I've found that diminishing returns of reading that extra blog, attending that extra event, or having dinner that extra day, are very real. As trite as it is to say it, unplugging from work, especially if you're working in the innovation economy, comes with so many benefits.
Sidebar: Andrew Chen advocates for writing over attending networking events, due to the compounding returns of the former (just the sort of validation that introverts like me were looking for).

Christiana Figueres' articulation resonates strongly with me, albeit she's writing about climate activists (I'm clearly doing my best to disprove the stereotype of VCs thinking too much of themselves):

Whether it is gardening, crafting, drawing, playing or listening to music, exercising, meandering in the park or paddling down a river, identify what replenishes you and your soul, and do it regularly and intentionally.

So, here are some takeaways:

Deal of the week

🇬🇧 London-based Thought Machine completed a $125m Series B round, which it will use to expand in the APAC region. Thought Machine's cloud native core banking technology, Vault, is helping banks such as Lloyds, Atom, SEB and Standard Chartered move on from legacy infrastructure and deploy an API-first architecture.

The bank is currently focused on helping customers completely modernise their retail banking arms, with plans to go into Commercial and Private Wealth later. Having worked at a large bank previously, I can see just how transformational this would be. Lest we forget, banks continue to rely on a programming language that has gone out of teaching for decades.

Erik Torenberg of Village Global has started a newsletter. His first post is on why starting a company isn't as risky as you think.

Nicolas Colin of The Family provides a framework for investing in European Startups.

The Australian government is forcing Google and Facebook to pay news publishers for featuring their content. This is another milestone in a long-running saga that takes on a lot of importance with publishers everywhere bleeding money. France's Competition Authority is keen to follow.

Sequoia Capital partner Pat Grady on the 20 Minute VC. This was fascinating, from Pat's early days at Sequoia to the stress-testing the firm applies when doing due diligence on companies.

One of the best 'motivational' videos I've ever listened to, from Bill Gurley himself.

“Only the autodidacts are free.” - Nassim Taleb