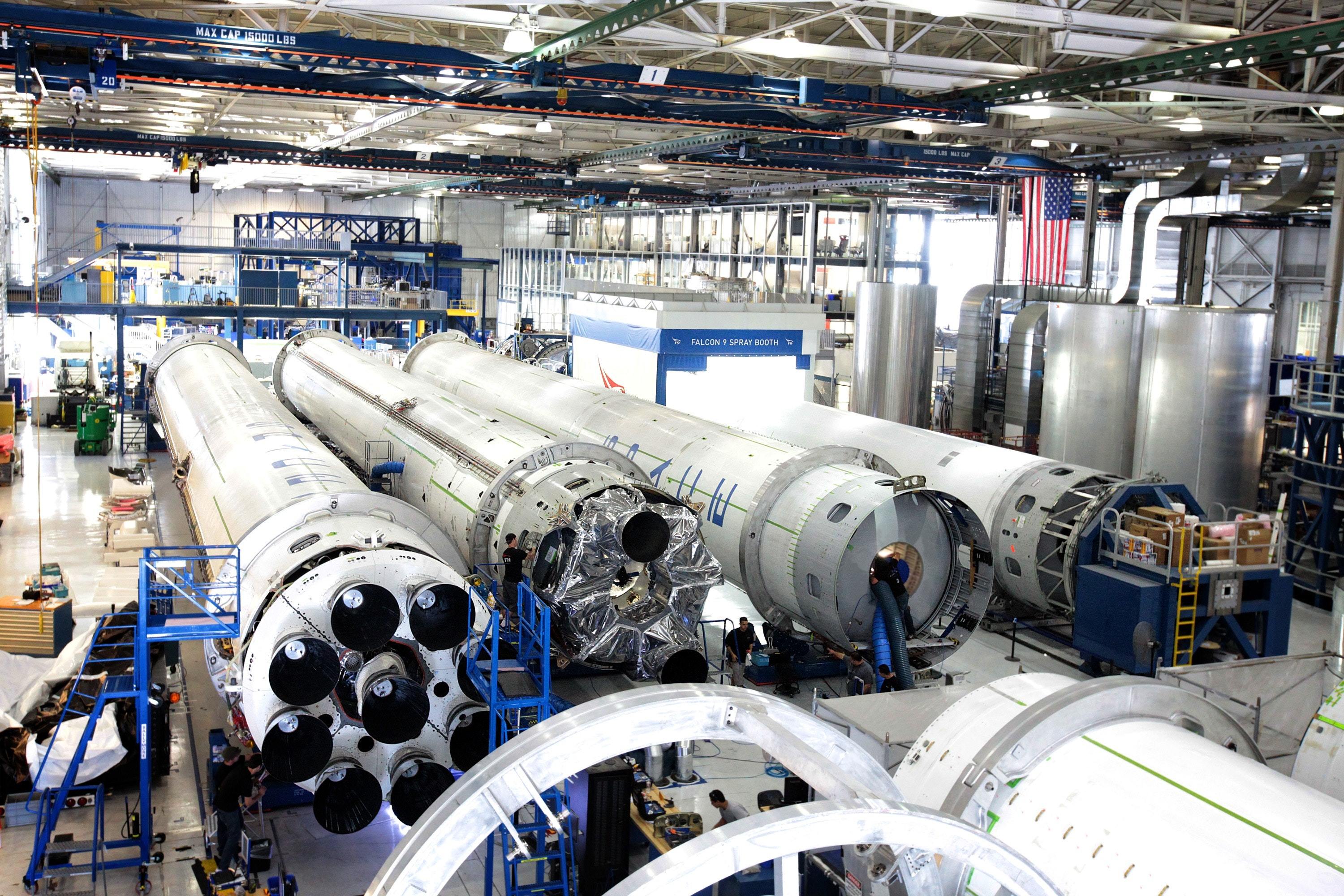 “You compare becoming a multiplanetary species to slightly better ad targeting: Which really inspires the next generation? Which will you be proud about when you come home and talk to your kids?”

Millions of people were glued to their screens on Saturday as astronauts Doug Hurley and Bob Behnken successfully launched into orbit on the Falcon 9 rocket. It was the first orbital human spaceflight to launch from US soil since NASA retired the Space Shuttle Program in 2011. Amidst the maelstrom of despair and anger convulsing the streets of America into riots, the successful docking of the Crew Dragon spacecraft on the International Space Station managed to capture the imaginations of people both young and old, hopeful and jaded.

When NASA's first Apollo missions roused the public's interest in spaceflight in the 1960s, successful voyages to Mars seemed a foregone conclusion. It was only a matter of when, not if. Alas, half a century later, it is Elon Musk's SpaceX that has kept this smouldering flame from going out altogether.

For long-time observers, a fair description of Musk will include some shade of crazy; you can call him a maverick, non-conformist, eccentric, or any number of words, but what we mean to say is that he's batshit crazy.

Let's forget for a moment all the indiscretions outside of his businesses and simply focus on the absurdity of a man ploughing almost all of his wealth into a spaceflight company that he hoped would eventually help humans colonise Mars. Ashlee Vance's biography does a good job of chronicling some of Musk's formative experiences, but nothing can account for the resoluteness with which he believed that he would be the pioneer of a global electric car market and that SpaceX would be the first private entity to launch rockets into space.

I have dwelled on this trait because it is this that makes Musk a "Seer". In his brilliant post on building breakthroughts, Mike Maples Jr. defined "Seers" as:

“Seers” are people who you believe are living in the future around a given inflection. They might be entrepreneurs, researchers, academics, futurists, hobbyists, Angel investors, and the like. These are the people you want to spend time with.

In a similar post over the weekend, Sam Altman wrote about how you need to surround yourself with exactly such people to strengthen your own idea generation muscles:

You want to be around people who have a good feel for the future, will entertain improbable plans, are optimistic, are smart in a creative way, and have a very high idea flux.

‍To build genuine breakthroughs, Mike prescribes anchoring yourself in a future state and working backwards. The ability to backcast from a future state is unique. It eschews the current methods and tools of delivering change and instead concentrates the mind on truly exponential change. Even within backcasting, there are a range of potential futures.

When Elon started SpaceX, he was squarely in the "preposterous" future category. Indeed, three failed launches in SpaceX's first five years pushed Elon to the brink of a breakdown. But the technological path from then to last Saturday was always a practical possibility. As Benedict Evans recently wrote in an essay on predicting technology:

The Wright Flier could only go 200 meters, and the Rocket Belt could only fly for 21 seconds. But the Flier was a breakthrough of principle. There was no reason why it couldn't get much better, very quickly, and Blériot flew across the English Channel just six years later.‍

And so it was that in September 2008, on its fourth attempt, the Falcon 1 successfully reached orbit, becoming the first privately funded, liquid-fueled rocket to achieve this feat. 9 months later, Steve Jurvetson of Draper, Fisher and Jurvetson led an investment into SpaceX, the second round of institutional funding after Founders Fund invested the prior year.

The VC with the crystal ball

Steve Jurvetson has built a career on daring bets in futuristic technologies, which include not just bets on Elon Musk in the form of SpaceX and Tesla, but quantum computing company D-Wave and satellite company Planet, among others. These investments paid off handsomely and catapulted Jurvetson onto the Forbes Midas list of the world's top venture capitalists for four straight years between 2011 and 2014.

In the VC community, the hottest startups have multiple suitors who compete against each other to get into the deal. The recent $10m investment into social network app Clubhouse saw two of Silicon Valley's most prestigious venture capital firms - Andreessen Horowitz and Benchmark Capital - competing against each other to get on the company's cap table. In contrast, Jurvetson noted that he was the only VC to offer a term sheet in almost every investment he made.

In fairness, Jurvetson has made several investments in what he acknowledges are "science projects". These projects had limited scope for monetisation from the outset. Like many investors in futuristic technologies, he fell prey to a fallacy that Paul Graham dubbed the "still life effect":

So the biggest cause of bad ideas is the still life effect: you come up with a random idea, plunge into it, and then at each point (a day, a week, a month) feel you've put so much time into it that this must be the idea.

It's also worth stressing this pearl from Graham, which probably applies to deep science ventures more than any other category of startups:

For VCs, as Elizabeth Yin has written about before, the costs of doubling down on bad bets don't matter in the long run if you also double down on your winners. As a general principle, this has clearly worked out for Jurvetson.

In fact, I would go as far as to say that we have all benefitted. I am by no stretch of the imagination ascribing the successes of SpaceX, Tesla, and the other companies he has invested in to Jurvetson's funding and support. However, no matter how small a role DFJ played, there aren't many VCs out there who fund preposterous futures.

Plausible futures, sure. Possible futures? Not so many. Preposterous futures? Fewer yet. As Katie Rae, Managing Partner of Boston-based "tough tech" venture fund The Engine, told the Financial Times in February:

“VCs were all about funding tech breakthroughs but that has got lost,” she says. “A lot of VCs look more like private equity companies that do not want to lose any money so they end up backing dog-walking apps rather than quantum computing.”

Jurvetson left DFJ in November 2017 in a somewhat acrimonious split after allegations of harrassment. Only six months later, he launched Future Ventures with Maryanna Saenko, a former Senior Associate at DFJ who Jurvetson billed "as the most talented investor I've ever worked with".

The $200m fund, which counts tech CEOs, hedge funds and other VCs as its Limited Partners, continues the theme of investing in futuristic technologies. The LPs were so bought in to the thesis that they increased the fund's investment lifecyle to 15 years, instead of the standard 10.

The longer lifecycle will give Jurvetson and Saenko latitude to invest in genuine breakthroughs at the earliest stages, with the ability to wait until these ventures are ready to be commmercialised. SpaceX? DFJ have already made $1bn in profit on the sale of secondary shares.

If you're building something that's truly non-consensus, you will by definition have very few believers. You've probably been knocked by friends, family and advisors for holding on to your vision. It only takes a small group of people to agree with you. One of the doors to knock on will be Future Ventures.

Future Ventures is already an investor in futuristic ventures like cell-based meat company Memphis Meats and Musk's pet project The Boring Company. As with SpaceX, which took 18 years to achieve its seminal feat, it takes long-term capital to nurture these breakthrough ideas.

I don't know whether 15-year lifecycles will become more common, but I sure hope so.

The bank has a unique model of offering truly green banking products to customers, which include current accounts that eschew fossil fuels, a personal impact score based on your spending, the option to plant a tree with every purchase, and cashbacks for spending with sustainable retailers.

By raising this round and taking total funding to $200m, founder Andrei Cherny seems to have validated the demand for green finance. Incumbent banks have been laggards in this regard, focusing their impact products on HNW customers when retail customers are eager to express their values through their finances.

If you're intrigued by Aspiration, also make sure to check out Tomorrow, a Hamburg-based green bank with a similar mission and approach.

Microsoft lays off journalists to replace them with AI

An Invitation: The Most Outlier Humans

Monzo wanted to conquer America, then along came coronavirus

I leave you with this quote:

“It is the mark of an educated person to look for precision only as far as the nature of the subject allows.” - Aristotle