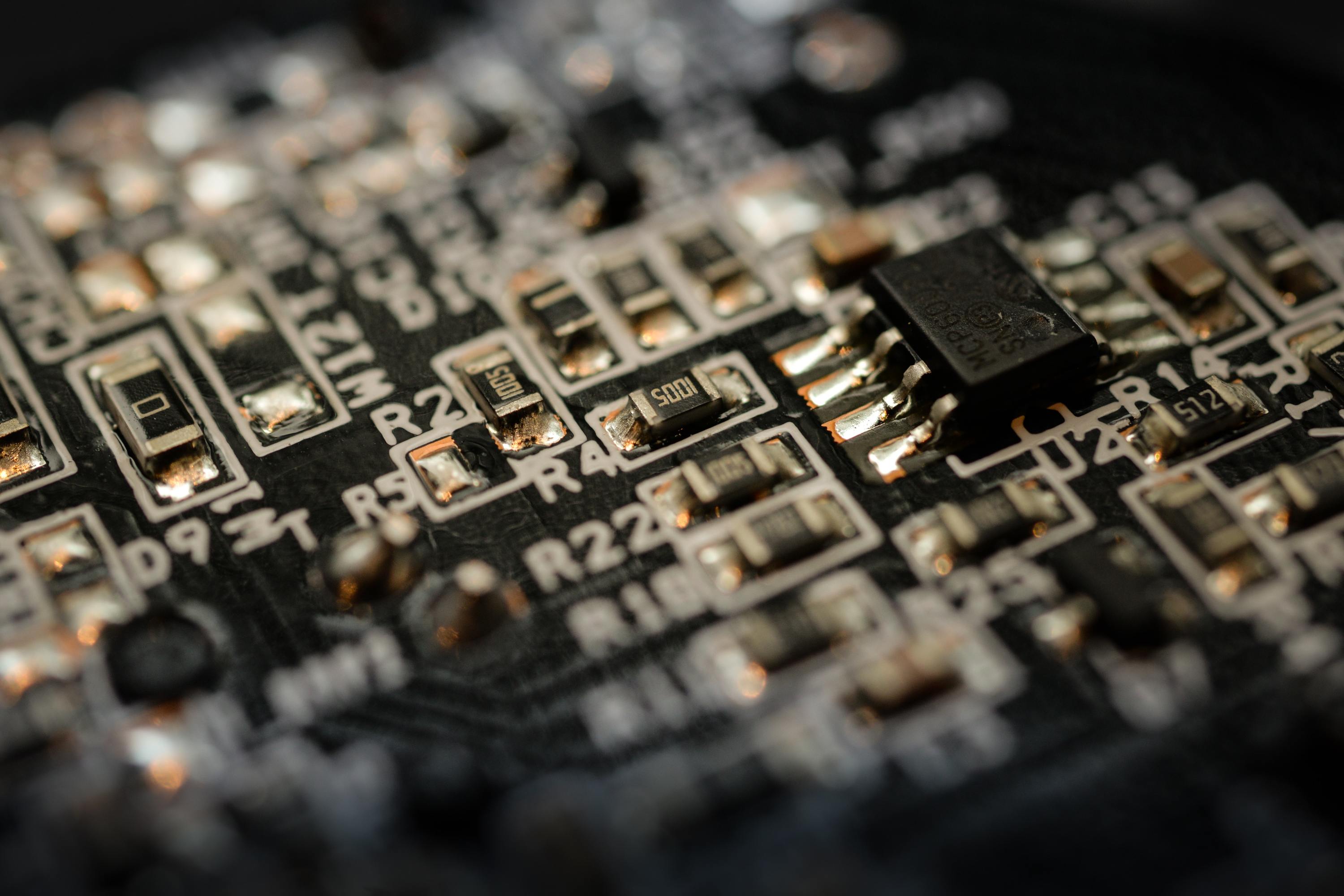 ““When it comes to pattern recognition, living far away from VC funds in central Virginia, as a black guy, solving a problem for poor people, I was 0 for 3!”
Jerry Nemorin

The venture capital industry's influence on our lives is profound. Atomico found that every European tech unicorn founded since 2010 is VC-backed, whilst Stanford researchers found that 42% of public companies in the US are venture backed, representing 63% of market capitalisation. These companies account for 35% of total employment and 85% of total R&D.

You're probably going to join a Zoom meeting at some point today. In between your meetings, you'll probably message colleagues on Slack. After work, you might hop on a Peloton to get your daily workout in. Maybe you're tired, so you order a meal over Uber Eats. Before going to bed, you'll probably scroll through your LinkedIn and Twitter feeds on an iPhone. You get the point - every company I mentioned was backed by venture capital. It's clear that venture-backed companies permeate almost every facet of our lives.

The statistical and anecdotal evidence tells the story, but we haven't driven the point home yet. To do that, we need to take a trip down to Mountain View in the 1950s, right where it all began.

“It is entirely possible that there would be no silicon in Silicon Valley if Fairchild Semiconductor had not been established.”

Arthur Rock is seen as one of the founding fathers of the venture capital industry (he did coin the term, after all). After completing an MBA at Harvard in 1951, Arthur started his career as a securities analyst in New York. As an accomplished analyst of applied science stocks, Rock was undoubtedly more forward-thinking than many of his peers. Rock eventually found himself at Hayden Stone & Co., a Wall Street investment bank, where he focused on helping small tech companies raise funding.

In 1947, William Shockley invented the transistor, the fundamental building block of modern electronics and digital innovation. After a less than amicable departure from Bell Labs, Shockley set up Shockley Semiconductor Laboratories in 1956, with the goal of designing transistors composed of silicon, an endeavour after which Silicon Valley would derive its name.

In 1957, eight young employees rebelled against Shockley and demanded that he be fired. After failing to remove him, the group left to start their own transistor company. The "traiterous eight", as they were called, just needed to find the right investors.

One of the eight young men had a father with an account at Hayden Stone. The father shared his son's situation with someone at Hayden Stone. Not long after that, a partner at the firm and Rock flew to California, met with the group and agreed to help them raise funding.

Rock pitched the company to 35 investors without success, until Fairchild Camera and Instrument, a company in Syosset, New York, put up $1.5 million.

Exogenous forces ripened the market for applications of silicon transistors; the eponymously titled Sputnik moment of 1957, when the Soviet Union launched the Sputnik 1 satellite into space ahead of the United States, was a catalyst for increased spending on technology, specifically aerospace electronic systems. Both DARPA and NASA were formed in 1958, and Fairchild would go on to help America reach the Moon and build missiles to win the Cold War. By 1969, the Apollo program alone had purchased one million silicon chips, a significant fraction of them manufactured by Fairchild.

The company became the pioneer of the semiconductor market, growing to be a $150m company with over 30,000 employees by the late 1960s. Around this time, two of the original eight founders, Gordon Moore and Robert Noyce, left Fairchild to found Intel. They weren't the first to leave and form new electronics companies; dozens of companies, including National Semiconductor Corporation, Advanced Micro Devices, Inc., and LSI Logic Corporation, were founded by "Fairchildren". Therese Poletti, a MarketWatch columnist, once wrote:

“It is estimated by some that more than 400 companies can trace their roots to those “Fairchild Eight”".

Other Fairchild legacies include: founder Eugene Kleiner joining forces with Tom Perkins to found storied venture capital firm Kleiner Perkins in 1973; the ubiquitous concept of "Moore's Law"; the meme of engineers spinning out of a company to start something new (the PayPal mafia, or, more recently, DeepMind).

It wouldn't be an overstatement to say that the innovation economy as we know it traces its roots in some shape or form to Arthur Rock's flight down to California. This origin story of Silicon Valley deserves to be mined for the treasure trove of insights it offers. That is for another day. Today, I want to write about Jerry Nemorin.

Jerry and his family fled Haiti at the age of ten as the country descended into civil war. As an immigrant to the United States, he and his family were grateful just to be safe; financial security was a pipe dream. When Jerry's mom tried to buy a car, the only credit she could get was from the dealer itself as banks wouldn't lend to an immigrant without a credit history. Jerry was only twelve but he knew that the interest cost more than the car itself. Alas, there was no other choice.

As Jerry was coming to the end of his MBA at the University of Virginia in 2008, the extent of the financial crisis and the subsequent Great Recession was becoming clearer. In the years leading up to this, Jerry had observed how banks are incentivised to continuously refinance consumers, which often led to predatory behaviour that buried consumers in debt. The financial devastation wrought by the financial crisis was a catalyst for Jerry.

In 2010, after two years in investment banking, Jerry founded LendStreet. The mission: helping individuals in financial distress restructure their debt and improve their financial health. The company got off to a great start and had developed solid traction within a few months. After all, Jerry knew this pain point better than anyone. Fundraising should have been easy, as the economy rebounded and venture money was flowing again. Sadly, it just wasn't so.

When the "traitorous eight" desperately needed investment to launch Fairchild, they were able to rely on their personal networks. Jerry didn't have anyone in his network to rely on.

When Arthur Rock pitched Fairchild to investors, he was presenting a team that fit the archetype of "success". In a working paper published by the National Bureau of Economic Research, Paul Gompers and Sophie Wang (2016) analysed data on 42,502 founders and found that 79.6% of entrepreneurs are White, with Asians being the largest ethnic minority (15.8%).

African-Americans represented only 0.4% of entrepreneurs, when their share of the labour pool is 12%. Why?

It's certainly not for a lack of talent. Gompers and Wang studied the backgrounds of entrepreneurs and found that the percentage of African-Americans with the requisite educational and professional backgrounds has been increasing.

Jerry was probably the victim of homophily, which is the tendency of individuals to associate with similar others. This is a demand-side issue. When Jerry went to meet investors, those opposite him struggled to relate to him.

The homogeneity of the venture capital industry is even more egregious than that of entrepreneurs. Gompers and Wang studied data on 11,555 venture capitals and found that 86.3% of venture capitalists are White, while only 0.3% are African-American. It should be noted that Asians are overrepresented in startups and venture capital relative to their percentage share of the labour pool.

Here, again, it isn't a supply issue. The number of African-Americans with MBAs and investment banking/consulting experience is far higher than their representation in the venture capital industry. We have to acknowledge that whilst ethnic minorities everywhere are underrepresented in the innovation economy, it is an exceptionally acute problem for black people.

Morgan Stanley surveyed almost 200 US-based VC funds on their diversity agendas. When asked why they weren't investing in diverse founders, one reason was that the companies aren't the right "fit" for their portfolio. Good luck pinning them down on a tight definition for "fit". Investors pride themselves on their abilities to recognise patterns, drawing on many years of experience. Whilst that may well be useful for assessing companies, it undoubtedly cripples their ability to evaluate an ethnic minority founder the same way they would a white founder. The pattern simply isn't there.

Jerry was lucky. Ross Baird, founder of Village Capital and the author of the book the Innovation Blindspot (which inspired much of this essay), introduced Jerry to a network of investors, including Kapor Capital. For Kapor Capital, Jerry embodied the values it sought in founders: the distance Jerry had travelled from war-torn Haiti to Wall Street was a better proxy for the likelihood of his success than schools attended or quantum of funds raised in a friends and family round; Jerry's lived experience represented a competitive advantage which would help propel him to success.

LendStreet went on to raise $110m in 2018, taking total funding to date up to nearly $150m. The company has helped customers reduce their debt by nearly 40% and improve their credit score by an average of 100 points.

The comparison between the founders of Fairchild Semiconductors and Jerry Nemorin is a flawed one, naturally. The parallels I have drawn are simply to illustrate a larger point, which is: how many good ideas are we missing out on due to our blind spots? How many Jerry Nemorin's are unable to get funding because of a lack of "fit"? How few are ever discovered because of a lack of personal networks?

If it was a group of African-Americans that had spun out of Shockley Semiconductors to start Fairchild Semiconductors, would we have a Silicon Valley today?

Now, please ask yourself this: have things changed since 1957? By how much?

I know my answers.

Bryter, a Berlin-based no-code development platform, raised $16 million in Series A funding. Accel and Dawn Capital co-led, and were joined by Notion Capital and Chalfen Ventures.

The rise of the no-code movement has been well documented, with a considerable universe of consumer solutions coming out in recent years (e.g. Airtable, Webflow, Zapier). Enterprise solutions, however, are still nascent. If Bryter succeeds in empowering the wider workforce to develop programmes that previously required developers, that could have massive impact on future hiring practices, with a lesser need for purely technical chops. A bit too soon to jump that far ahead, but it's possible.

Knee On The Neck: What Investors Can Learn From ‘Black Lives Matter’ - a moving polemic against the racial inequalities that permeate every aspect of black people's lives, including as founders